"THE default night life areas in São Paulo’s southwest zone — Itaim Bibi, for the clean-cut moneyed crowd and Vila Madalena, where a (slightly) more bohemian set mobs the open-air bars — are still going strong. But a revival is under way closer to the city center, and more specifically, the “bad” side of Avenida Paulista, the active artery that separates downtown from upscale neighborhoods in the city’s southwest zone.

That’s especially true along Rua Augusta and the two parallel avenues that flank it, Rua Bela Cintra and Rua Frei Caneca — an area that is increasingly being referred to as Baixo Augusta. Well into this decade it was a red-light district, full of streetwalkers and sex clubs. But in the last few years, it has also become a gay-club district, a lounge district, a teenage-hangout district, even an old-ladies-walking-their-dogs district. It’s a pretty interesting place to spend an evening: an anything-goes nuthouse.

Across the street is Geni (Rua Bela Cintra, 539; 55-11-3129-9952; www.geniclub.com.br), a multilevel club in an old mansion that has housed everything from a health clinic to a brothel (or so the waiters say; it’s at least good marketing), and now features a dance floor plus themed mini-lounges.

Another G.L.S. club is A Loca (Rua Frei Caneca, 916; 55-11-3159-8889; www.aloca.com.br) a cavelike, labyrinthine nightclub with a rocking, male-dominated floor. If either “male” or “dance” aren’t your thing, there are plenty of other spaces available. It’s such a mainstay that the signless bar down the block is simply called bar da Loca — nobody seems to know its real name.

There’s also a whiff of New York in the air, with a very rare (in Brazil) pizza-by-the-slice shop, part of a small chain called O Pedaço de Pizza (Rua Augusta, 1463; 55-11-3285-2117; www.opedacodepizza.com.br), and Astronete (Rua Matias Aires, 183-B; 55-11-3151-4568; www.astronete.com.br), a straight-out-of-Williamsburg bar run by a Brazilian couple who once lived in Brooklyn. A new lounge, Sonique (Rua Bela Cintra, 461; 55-11-2628-8707; www.soniquebar.com.br), looks like a hip spot right out of Manhattan’s meatpacking district — until you notice the differences both subtle (passion fruit juice in the margaritas) and obvious (the lesbian couple making out next to the gay couple making out next to the straight couple).

What you’ll find most, especially on weekend nights, is bedlam. The good, São Paulo kind." 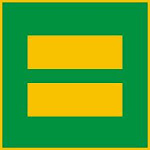